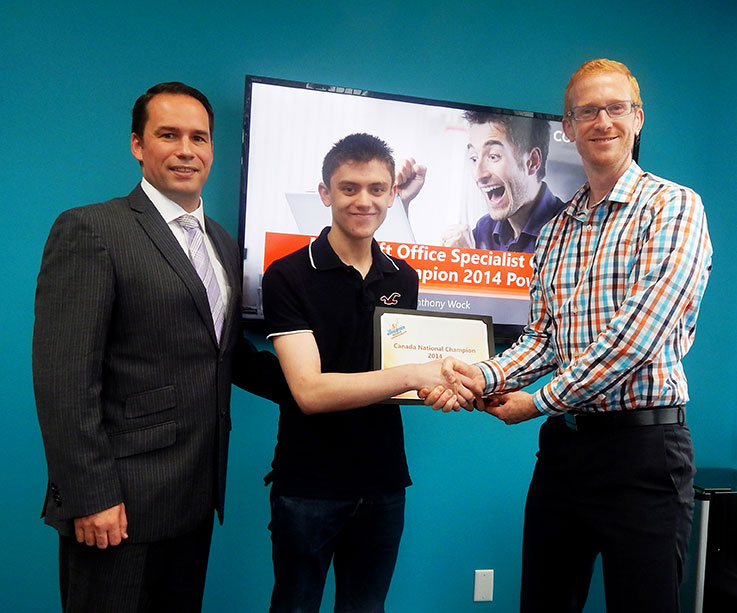 We have just finished the Canada National Competition, where we pick the three students with the highest scores who will represent Canada at the World finals. Our national champions for Word and Excel are from post-secondary institutions in Alberta and Ontario. Our National champion for PowerPoint is from a High School in Maple Ridge, British Columbia.

This is the first time a student from a high school has been named the Canada national champion.

In the instance of this school and student – School District 42 made a decision just at the start of this school year to take a look at this one school joining the Microsoft IT Academy Program to offer the Microsoft Office Specialist certification, and within same year, they have had a high school student be named the Canada National Champion. This student took the PowerPoint exam and completed it with a perfect score (100%) inside the 50 minute allotted time… in fact – he took just 17 minutes to complete the exam!!

Schools like SRT are attacking the problem of the digital divide, it is an engaging program for high school kids, it boosts resumes, it creates leaders. It provides teachers with the ability to give real life skills and experience to kids. He is now a productive student, ready to compete on a global level. He wins an all-expenses paid trip to Disneyland where Microsoft hold the finals this year in late July.

He is a very cool kid – very humble, brilliant smile, well-mannered and we are just thrilled. Every year CCI Learning sponsors this competition and we fly the winners to the world finals. CCI Learning is the Canadian Solution Provider for Certiport and the Microsoft Academy Service Partner for Canada.

Anthony, a student from Samuel Robertson Technical Secondary School in Maple Ridge, B.C. ranked number one in all of Canada in the PowerPoint 2010 category. Anthony has won an all-expenses paid trip to Disneyland in Anaheim, California to compete against world class competitors in the Microsoft Office Specialist World Championships for the top spot in Microsoft Office PowerPoint 2010.

Samuel Robertson Technical Secondary School IT Teacher, Brad Dingler is very proud of Anthony’s hard work and dedication saying, “This is amazing. The opportunity for Anthony to represent Canada in the Microsoft Office Specialist World Championships is unbelievable. He is the shining example of what students are capable of accomplishing, if given the chance. “

CCI Learning, the Microsoft Academy Service Partner and exclusive Certiport Platinum Solutions Provider for K12 in Canada, is proud to sponsor students like Anthony who continue to exceed all expectations. Malcolm Knox, President and CEO of CCI Learning, comments, “We are seeing more young students from High Schools showing their potential. These skills are required by all students that want to compete in this digital age, but being the number one student in all of Canada for PowerPoint 2010 is highly impressive and an accomplishment that should not be overlooked. This is a remarkable success for Samuel Robertson Technical Secondary School, School District 42, Maple Ridge, and British Columbia!” 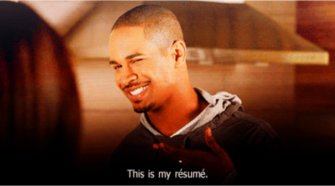 How To Have a Standout Resume